Some of my Garry's Mod 10 poses 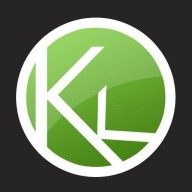 10 5 1
It's nice that you used a good map to pose. I hate when people just choose some random ass map and try to make something serious when there's flying colors everywhere. Pretty good posing btw, nice use of the finger poser.
Expand signature
You cannot have something for nothing, and you cannot have freedom for free...

2 10 5 1
Nice work, good use of the diffrent expresions for the face.
Expand signature

5 1
Thanks, I may upload more, My whole Gmod10 Screenshots Folder is full of poses. I am only picking out the ones that look ok

10 10 5 1
Man, I suck at making poses and it puzzles me how some of you guys are able to pull of those good poses.
Expand signature

1
heres a little somthing more recent i just threw together

1
thats okay, all those combine eventually went deaf from all the firing and also got cancer!
Expand signature
lulz русский язык!

10 5 1
O NOS NOT TEH CANCER. Lol but being moderately serious, was pretty good lol. DOS THAT HELMET SAY SVEN?! :OOOOOOOO
Expand signature
You cannot have something for nothing, and you cannot have freedom for free...

Not sure what I had in mind.
Expand signature
Beefy McBeeferson!

Toldour: Pay up, bitch.
Sanchez: Holy shit... never thought that guy'd be able to hit a bullseye on his first go.
Xander: Alright, good job, Backson... Get that stowed, then get back to patrol. AS FOR YOU TWO! Shut your gabs!
Toldour & Sanchez: Yessir!
Toldour: (Whispered) Put me down for 25 on the next guy.

That is, from left to right (Everyone but the person on the box is supposed to be a memory or "ghost."):
Clive Peterson, Mack Ferris, Minamoto no Yoshihiro, Heather, and Arthur "Stoplight" Morris.
Expand signature

You must be a member in order to leave a comment

Users Who Are Viewing This Thread (Users: 0, Guests: 0)